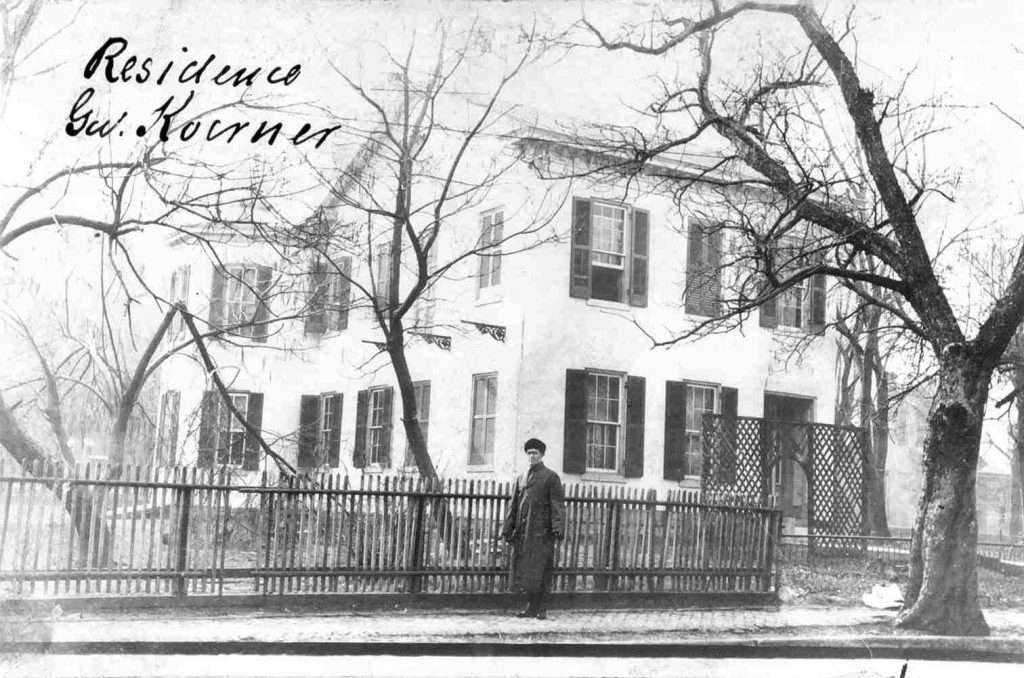 Koerner joined Abraham Lincoln, Horace Greeley and others who, fired by the passions of the times, came together to create the Republican Party in 1856. Koerner became a close Lincoln confidant, helped write the 1860 Republican Party platform, and managed Lincoln’s drive to the presidential nomination at the party’s convention. Koerner was an ardent anti-slavery proponent and, as a German emigre, played a key role in allying western America’s German population with the Union cause.

The Koerner House Restoration Committee is working with a team of consultants to prepare a Historic Structure Report. Selective demolition of the structure’s modern components commenced in May 2005. Once complete, the home will be opened as a museum, where Koerner’s life and political career will be interpreted.